Period poverty, the lack of access to menstrual products due to financial constraints is universal. In the U.K 1/10 girls struggle to afford adequate sanitary provisions. Ditch The Rag founder Amirah has been working to combat this and the pressing issue of plastic pollution by providing girls on free school meals with eco friendly menstrual care packs. She went from buying tampons and pads for her students to providing them with an education and access to sustainable menstrual products including the precious stars pads and ruby cup to allow them to better manage their periods. 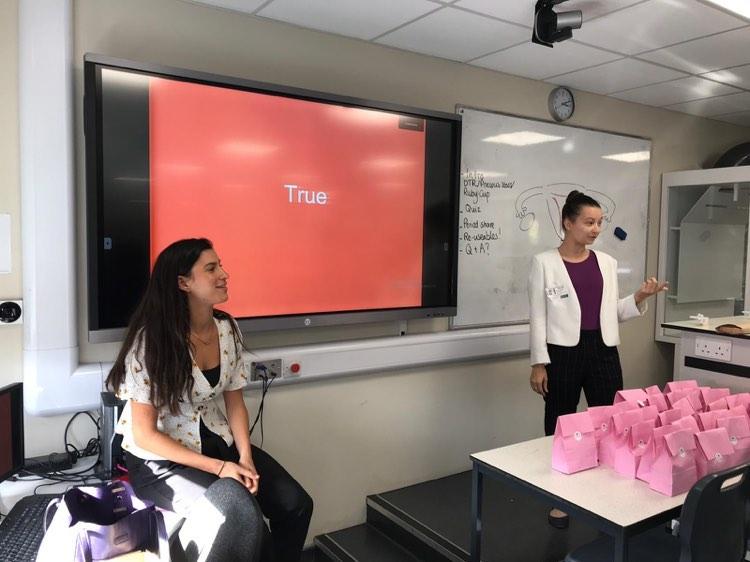 Precious stars, Ruby cup and Amirah teamed up last week to run the first Ditch The Rag workshop. The workshop covered the biology behind periods, the taboo surrounding them, positive menstrual health, the benefits of reusables, how to care and use the reusables followed by the distribution of the care packs. The workshop included a quiz that provoked quite the response, many of the girls did not realise that period products are taxed as a luxury item despite them being an essential item for girls and women alike. During the workshop the girls were incredibly open and some real period positive, organic conversations took place.

The following day the girls were telling Amirah how they were wishing for their periods to start so that they could try the new products, which for a number of them would have been a first. The girls were also incredibly excited about the precious stars “glamorous” sparkle range cloth pads, never before had they described period products as “cute”, but the cloth pads with their various quirky, eye catching designs including cherries, pandas and strawberries had made periods something to look forward to!

The girls loved the idea of having reusable menstrual products, most of them did not know they even existed, and those who did were previously grossed out by the concept. The aim of the workshop was to provide the girls with an education and deeper understanding of their periods, as well as removing the taboo by normalising menstruation. A lot of the girls after the workshop shared how they were so relived that “it wasn’t just them” who experienced menstruation in such a way. The first step to promoting positive menstrual health and overcoming the injustice of period poverty is to remove the taboo.

In all, the workshop was an overwhelming success! Little by little period positivity is growing as a movement; every child deserves the right to attend school unencumbered by their biology. It was an honour to have the platform to run the workshop and promote such a powerful message to young girls.

We've added that to your basket!